Over 300 million bricks were used in the construction of the Bazalgette sewer system for London. During the construction period there was a huge demand for bricks (and bricklayers) and the prices rose considerably. The obvious source of bricks was the multitude of brickworks around London all producing the London Stock brick- the classic brick made from the local brickearth. 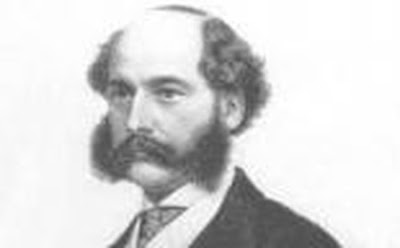 These bricks had certain properties and virtues- it appears that they were well suited for sewer construction. How many of Bazalgette's 300+ million bricks were London Stock bricks? It would seem logical that most of the Bazalgette bricks were London Stocks.
Was Bazalgette aware of all the excellent properties that LSB possessed and that made them specially suited for a complex drainage system, or did he take an 'overall' view of construction bricks and not distinguish with particular care among the various types- for such a careful engineer this latter approach seems unlikely?
It is possible to list a set of remarkable advantages that the LSB possessed; an excellent range of properties which has contributed to the success and longevity of the sewer system. The range of virtues is impressive: moulding and making virtues, strength virtues, dimensional virtues, chemical virtues, geographical virtues, etc..
Moulding and Making
The handmade brick is made in a mould. Each single brick is formed from brick material which is pressed into the mould by the moulder. He (invariably he) presses the material into the mould using the adequate and learned amount of force. This to some extent compacts the material and establishes the initial particle structure- a modest tensile strength develops as compression enhances particle contacts- the brick can now be handled and moved to a drying region.
The BE(as ground material) has a packing density P of perhaps 0.5, which is a voids ratio e of 1.0. Half of the space is taken up by solid mineral material, half of the space is space. If BE is compacted (remoulded and then compacted)the P value rises to perhaps 0.6-0.7- and this P value stays relatively high even after firing. The actual density of a typical LSB is around 1845 kg/m3. The density of Q is about 2650 kg/m3- with a few assumptions (always a few assumptions) this gives a P value of around 0.7- still quite a lot of porosity in a fired brick. This allows combustion gases (from the dispersed spanish) to escape and gives the brick good drainage characteristics.
Strength
Structure: the essence of a loess/brickearth deposit is structure- the way that the constituent particles are arranged in the ground system. It is the open airfall structure of the deposit which causes the geotechnical problems with loess ground- when loaded and wetted the loess ground structure collapse; hydroconsolidation ensues, subsidence occurs. The metastable nature of the ground causes problems. It also allows easy digging. The man with the spade fares better in loess ground than in ordinary clay-rich ground which can be 'heavy' or 'sticky' and difficult to manipulate. The nature of loess ground means that thick loess deposits can be dug and successfully utilized. Easily dug and easily manipulated- ideal ground for the hand making of bricks; an open internal structure and not too much clay mineral content.
The particulate nature of loess/brickearth underpins all considerations of the development of properties in LS bricks. The ground nature is relatively complex but some chancy generalisations can be attempted. BE is a silty material; assume a mode size of around 30 um- and most of these particles will be quartz. The mode shape of the mode size Q particle can be calculated (with a few necessary assumptions: eg Q is isotropic). There is a probability approach to this problem, or it can be tackled via a very simple Monte Carlo method. If the particle shape is defined by the orthogonal box into which it just fits: the mode shape can be calculated to be about 8-5-2, these are the side ratios. It is a remarkably flat particle- it will eventually determine and dominate the internal structure of the LS brick- and provide its great strength when the particle contacts are emphasized and reinforced. The moulder produces a tight random packing of flattish particles in a cohesive plastic solid.
Dimensions
For a drainage tunnel it is useful to have the surface as smooth as possible- flow should not be impeded in any way. The accurately dimensional LSB allows careful smooth tunnel construction. The nature of BE allows for efficient filling of the brick mould and this ensures good dimensionality and sharp edges-good arris structure.
Chemistry and Mineralogy
The high Q content in the LSB gives it strength and abrasion resistance, and resistance to chemical erosion. The low clay mineral content (of not particularly clayey clays) allows relatively easy melting in the firing sequence. The eutectic in the SiO2-Al2O3 system is close to the silica end of the system; the components in the eutectic system are silica and mullite. 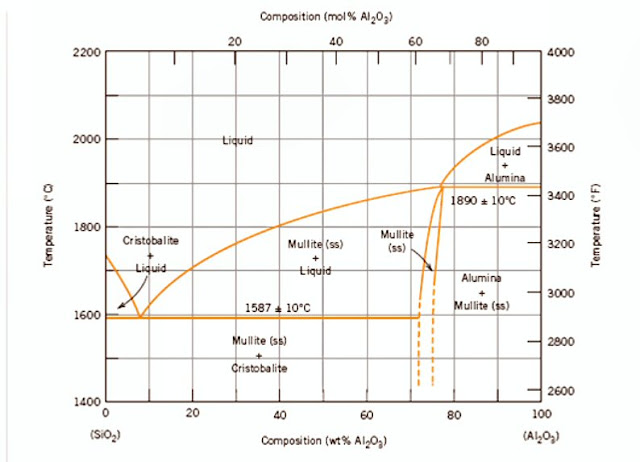 Location and Transportation
The geography is remarkable. The brickearth is on hand or very close to hand. The close to hand brickearth is connected by an efficient transport system directly to the site of the construction activity, and also serves to deliver supplementary fuel to the brick makers. The most significant brick construction in the world is to be emplaced at the heart of the brick universe; hard to imagine a more suitable location- a more apt location.

The problem (of building an extensive sewer system) arose at the centre of a great brick using universe; every fully laden Thames barge coming up from Sittingbourne delivered 50,000 bricks- to be able to use these to build the sewer system and to save the lives of Londoners was an amazing stroke of fortune. The LSB would appear to have been almost ideal for building a large and complex sewer system- so many aspects of its nature pointed to it being well suited to the job in hand.
Choice or chance?  The virtues of London Stock bricks for the construction of the Bazalgette sewer network in Lonfon (c.1860-1880).  Ian Smalley, Arya Assadi-Langroudi, Grenville Lill . British Brick Society Information 148, 10-19, September 2021.
Posted by Ian Smalley at 04:31